Business as Usual: A Thing of the Past

By now, many of us have heard that the U.S., in 2017, endured 16 major natural disasters, with total damages estimated at a staggering $306B. This is the most significant, weather-driven economic hit to ever befall the United States of America. Hurricanes, fires, deep freezes, and droughts devastated communities from east to west and north to south.

Sadly, my own hometown of Santa Barbara in southern California has been greeted in the new-year by a fury of mud and flood, leaving an untold number dead and missing. What the rest of 2018 holds in store remains to be seen. But despite it all, business must roll on.

Resilience in a Changing World

Resiliency is a word that has become extremely popular of late within many sectors. This is particularly true among the social service sector over the past 5–10 years, with increasing emphasis being placed on building resilient communities, long-range resiliency planning, growing resilient landscapes, etc. This is a good thing, and is an attempt by well meaning organizations and individuals to help prepare us for what has become a very uncertain future.

Resiliency practitioners recognize that we are entering into an unprecedented era of climate disruption. And 2017 was testament to this emerging ‘new normal,’ whereby entire communities of hundreds of thousands of people are rendered completely incapacitated. Neighborhoods are ripped in half, families are torn apart, infrastructure fails, and access to basic goods and services slows or comes to a halt.

We saw this pattern repeat itself again and again over the last year. Floods in Missouri and Arkansas, hurricane-induced catastrophes in Puerto Rico, Texas, and Florida, all- consuming fires in California and Oregon, and historic drought in the Dakotas, Montana, and again, California. The impacts in each case continue to be dramatically felt.

In each of these instances, there is a rising strain, and despite our best efforts to quickly build both physical and mental resiliency, these persistent challenges begin to take a toll — a toll on human health, the human psyche, and the relative safety, comfort, and luxury of many. You see, building a resilient anything takes time — years or even decades. But a flash flood descends down a charred hillside in, well, a flash.

In this scattered mix of storm-battered, thirsty, hungry, and taxed communities are positioned the one thing that drives the entire system (aside from the eco-system itself). And this is the worker.

Whether it’s the kitchen worker diligently serving up your $5 Happy Meal, the business consultant advising high tech clients, the plant worker making sure all systems remain operational, or the educator teaching the youth of tomorrow, all of these begin to face each new day with just a bit more burden than they did the day before.

For these and others, in today’s unpredictable climate, it’s no longer business as usual.

A happy worker is a good worker, or so the thought goes. But it’s impossible to be truly happy (at best) or stable (at worst) when the world around you is in increasing disarray.

My own company experienced this in the two weeks leading up to the Christmas holiday last year. Our office is located in downtown Santa Barbara, and we went on virtual shutdown for nearly two weeks due to the proximity and impact of the Thomas Fire, California’s largest ever wildfire on record. While we like to think of our small team of employees as fairly happy, by no means were we a stable workforce for those 10–14 days. Indeed, we were scattered all over the state, some with kids in tow due to school closures and others simply trying to find respite from toxic, ash-filled air…all the while trying to meet the needs of clients.

Some companies like Fog Creek Software in Manhattan have begun to prepare for these types of situations, implementing fairly unique programs (as policy) that offer paid time off for climate driven natural emergencies. This is, until recently, unheard of! But these types of new policies will increasingly become the norm in light of our new reality, at least among companies who truly value the wellbeing of their workforce and their families.

But it goes deeper than offering a few days off as the waters recede or the flames are contained. At some point, it starts to become a question about shifting our expectations of each other and how we interrelate as humans, not just as transactional partners in an increasingly spiraling and digitized rat race. This is true not only for business-to-employee relationships, but also for business-to-business and business-to-consumer interactions. There is a growing paradox between the need to meet the very real expectations of others (clients/customers) and self-care…self-sustainability.

Yes, there are deadlines to meet, quotas to fill, and targets to hit, but it is becoming more and more important for us to recognize the humanity in each other — and the underlying strains and stresses that have begun to fill the hearts and minds of many of those around us, if even only slightly.

In Truth is Power

Honesty and transparency have never been as important in business as they are today. These traits are more valued by clients and partners than ever before, as are they more valuable than ever before to businesses that live by them.

In the post-Thomas Fire mudslides that recently engulfed much of my community (and my daily train of thought), this shifting relationship between business and client became evident.

Our company had prepared for months to convene and facilitate a group of stakeholders from three counties around a very specific regional food-system initiative. Plans were drawn, participants were secured, and we were ready to roll. Two of the three counties represented (Santa Barbara and Ventura) had just weathered the biggest firestorm to ever hit our state, albeit with significant damages. But we pressed on.

With the meeting days away, tragedy again struck as 200 year-old oak trees, 5-ton boulders, and tons and tons of mud and water barreled down ravished hillsides crushing homes and businesses, roads and highways. Devastated…again.

With the meeting set to take place in two days and with the only highway corridor (the 101) between Santa Barbara and Ventura County now closed, our client and I consulted about the best move forward. Should we postpone the meeting since some participants would clearly not be able to attend? Should we press on? Should I try and hop on a boat and head down the coast in order to facilitate the meeting? It was too much to process so quickly considering the circumstances, so we decided to think on it over night.

The next morning, we spoke again and decided that the meeting would go forward the following day as originally scheduled, but without me as the facilitator. As I coached our client by phone in self-facilitation techniques, we got to talking about our shifting natural environment, the stresses our communities had been enduring, and the nature of our own relationship with each other. It was a powerful and beautiful thing. We uncovered not only our expectations for our business-to-business relationship, but also our personal intentions for each other, as people, to remain healthy and strong in these turbulent times. We grew together in that brief moment. The next day, our client reported back to me that the meeting was a phenomenal success.

In those moments of truth with each other cited in the case study above, not only did our client and I design a great alterative strategy to meet the client’s needs, we also manifested the ideal meeting outcome while solidifying our own personal relationships with each other. What’s more, we had even resigned ourselves to being ok with a less than stellar outcome. This, we agreed, would have been a small price to pay in the grand scheme.

There is no doubt that we’re settling into uncharted territories as businesses, as communities, and as the broader human race. We will all be adapting and evolving in a multitude of ways faster than ever before as we respond to the next crisis. And we’ll be doing it together, sometimes in parallel and sometimes crossing paths.

For those of us who own or manage businesses (and by default, livelihoods), it is imperative that we immediately begin shifting how we think about our employees in light of global instability while also nurturing the human side of our client relationships. Doing so will allow us to continue our work sustainably, and, dare I say, resiliently for years to come. 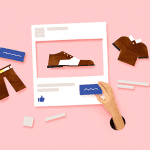 We ran a Facebook Ad through MailChimp… here’s what happenedBlog 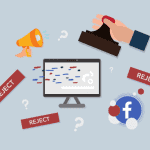 Why Is Facebook Rejecting My Non-Political Ads for Political Reasons?Blog