Saving the World with the Founder of  LoaTree and LOACOM

This article was originally published Monday, December 5, 2016 on the Santa Barbara Independent by ROGER DURLING.

“I wanted to do something to save the world,” says David Fortson, who runs two businesses aimed at doing just that.

The first one, LoaCom, is a consulting firm that helps companies, nonprofits, and government agencies improve their sustainability. “People hire us to market, communicate, and strategize on how to make a better world,” explains David. “We serve as a connecting tissue for change making across the county.”

His other company, LoaTree, produces events focused on sustainability, social justice, and/or community-building. That includes Earth Day at Alameda Park, which Fortson has helped direct since 2010. (Loa stands for “law of attraction.”)

A San Jose native, David came to Santa Barbara in the 1990s to attend UCSB, where he majored in environmental studies and joined the Environmental Affairs Board. By his sophomore year, he’d taken over the organization and shifted its focus from being service-oriented into activism. They went up against Mobil Oil’s proposal to drill offshore from dry land in Santa Barbara, and claimed victory when the plug was pulled from the project.

“It required that we organized in different ways,” David explains. “We led protests, put on festivals. We took them head-on.” What he’d learnt in the classroom, he was able to apply on the ground.

He later ran and was elected to the Isla Vista Recreation & Park District. “By my early 20s I was fully enmeshed in Santa Barbara,” says David, who eventually took a sales job with the nascent music technology company Sonos. There he learned how to grow a business, but, more importantly, that “the future of social change could be driven by the private sector,” explains David, who was then inspired to start his Loa companies.

“The community has a gigantic role in making this world a better place,” he believes. “Making change should be fun and profitable. No more sitting on the sidelines. Protect the planet and make life better for the rest of us humans.”

Who do you most admire?

I admire most anyone using their skills, passion, talent, money, or influence to make a better world. There are still too many people sitting on the sidelines and everyone has something to offer. What are you waiting for? Join the party!

What is your most marked characteristic?

My drive. My relaxed demeanor often masks a pretty hot fire that burns inside. I’ve been doing some version of this work since I was 18 and don’t plan on slowing down.

That I get to work with changemakers every single day. That we play a core support role for companies, organizations, and institutions that positively affect tens of thousands of people every year. That I get to build a business with my best friend, that our staff and clients are such good people.

What is your idea of perfect happiness?

This day: sunset, bunch of friends and family on the beach, cold beers, guitars, barbecue firing, surfboards strewn about, kids and dogs running around, lots of laughter, dipping in the ocean, hugs when you arrive, and bigger hugs when you leave. The hope of doing it all again.

What is your greatest fear?

Mortality, my kids’ slow loss of innocence, that the Kevin Durant experiment on the Golden State Warriors doesn’t work out.

What is your greatest extravagance?

A day playing outside in the sun followed by a night full of live music and dancing followed by a soak in the hot tub then a morning to sleep in and finally something with bacon, also known as “date night” with my wife. Throw in a spicy passion fruit margarita somewhere in there too.

What is your current state of mind?

Recently hitting my 40s, I’ve longed a bit for my youth while appreciating my better understanding of this complex thing called “life.” I’m thankful that my cup is so full and I’m alive for such a dynamic part of human history. Despite so much doom and gloom, I’m optimistic that us humans will keep getting better at doing good.

What is the quality you most like in people?

Passion, compassion, good sense of humor, gratitude, clear communication, and a great attitude. I’m generally enthralled with people who really care about their life mission and they live it with gusto.

What is the quality you most dislike in people?

Drama, lack of empathy, and a crappy attitude. With that said, I try to find the light in most people, even those with pretty rough edges.

What do you most value in friends?

Authenticity, forgiveness, kindness, vibrancy, their love for me and my family.

Which words or phrases do you most overuse?

Musical talent. I love performing, love the stage. I played in a band for years but was never that great on the guitar or singing. Next life, I’m going to have some (vocal) pipes and wail for the masses!

If you could change one thing about yourself, what would it be?

Learning how to be more present and slowing my mind. My mind is always racing, I can be having a good conversation with someone and still be plotting the future in another part of my brain.

What do you consider your greatest achievement?

The life my wife and I have created here in Santa Barbara. We’ve made mistakes and life has thrown us some curveballs over the years yet we kept our nose down and persevered. Today we have two beautiful young daughters, we both have thriving businesses, we are nurtured by a beautiful community of friends and family and generally having a damn good time.

I’ve travelled and explored some incredibly beautiful places around the world but remain deeply and madly in love with Santa Barbara. This is my home.

What is your most treasured possession?

There is nothing in the material world that the thought of losing keeps me up at night.

What makes you laugh the most?

When I see other people laughing, that type of laugh that is hurting their bellies, when they are gasping for air and can barely talk. That’s when I have a good laugh.

What is your motto?

Attitude is everything. Law of attraction (LOA!).

Which historical figure do you most identify with?

Not sure if I identify with any one person. There are so many people I admire, famous and not. I guess I identify with anyone who has pursued life with enthusiasm, took their lumps, tried to make a difference, and kept a smile on their face.

On what occasion do you lie?

I’ve lied to myself about things big and small over the years. I’ve lied when I’ve felt insecure. Never have found it worth it. 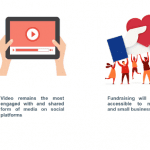 Getting the Most Out of Your Nonprofit’s Digital MarketingUncategorized