Show Up, Speak Out: Your Guide to Being Vote Ready

2020 is not the time for the passive observer.​

In the moment you are reading this, we are living amidst three simultaneous crises:

1. The Climate Emergency
2. The Coronavirus Pandemic
3. The Anti-Racism Movement

Not mentioned above is the economic crisis the United States also finds itself in. It’s no coincidence that each of these historical inflection points have met at a crossroads in 2020: a year that holds arguably the most pivotal election of our time. We have been granted the opportunity to flip the switch towards a brighter future, but in order to weather this “perfect storm,” we cannot repeat the mistakes of our past.

Voter turnout in the United States is among the lowest in the developed world, according to the Pew Research Center, and while there are clear barriers that prevent many communities (particularly communities of color) from voting, the majority of uncast votes in 2016 were due to Americans simply not showing up.

During the 2016 election, 95 million registered voters did not exercise their right to vote, largely because registered voters within the United States chose to not vote. Those 95 million empty votes drastically outnumbered the votes cast for Democratic Nominee Hillary Clinton, Republican Nominee Donald Trump, or any third-party candidate.

“Your vote is your voice.”

These words bounce around every election cycle, and those who adamantly repeat them are mainly the ones lucky enough to have the privilege of voting — they possess the time, the rights, and the means.

What we don’t hear as often is the phrase, “Your voice is also their voice.” Your vote amplifies the voices of so many others who cannot or will not be able to show up this election day on their own behalf.

… vote on behalf of the next generation that aren’t yet of voting age, but who will still be affected by the outcome of this election.

… vote on behalf of the permanent legal residents who aren’t yet citizens of the United States.

… vote on behalf of those who are incarcerated for petty crimes and are looking towards brighter futures.

… vote on behalf of those who will cast a vote but whose vote may not be counted due to delays and other logistical challenges.

Strict ID laws, the shuttering of polling places, purging voter rolls, and threats to the United States Postal Service are all deliberate tactics being deployed which will make it extremely difficult for many — but especially minority communities, young and old voters, and low-income families — to exercise their democratic right to vote. Our country cannot afford to have 95 million people idling on the sidelines of an election that carries so much weight.

As we inch closer and closer to Election Day, here are a few easy tasks for individuals and companies alike to do in order to ensure everyone wins this November.

What you need to do as an individual to be vote ready:

STEP 1: ARE YOU REGISTERED?

• Check your voter registration status HERE (you can also call or visit your Secretary of State’s office or the office of your local Board of Elections).

DID YOU KNOW? Team LOA has had 100% voter registration amongst our employees since our inception. Encourage your colleagues and friends to register to vote!

STEP 2: MAKE A PLAN (and give yourself plenty of time).

Decide: what’s the best way to cast your ballot?

• IN-PERSON: If you anticipate no problems with your polling location on election day, voting in-person is a great way to feel the instant gratification of casting your vote. In most cases, volunteer staff are there to assist you while still providing the privacy of casting your vote.

• BY MAIL: With COVID-19 protocols and regulations in place meant to help safeguard public health, many voting offices and officials are requesting that voters vote by mail.

DID YOU KNOW?  You can request a mail-in ballot and still drop it off in person if you’re nervous about your ballot surviving the snail mail journey. All states allow this! Google your Supervisor of Elections to see where you can drop off your mail-in ballot.

• IN-PERSON: Set your alarm. November 3 is your day. Whether you plan on dropping off your ballot or voting in person at your polling location, try and arrive as early as possible or during “off-peak” hours.

• BY MAIL: Congratulations time traveler, consider October 20 (or earlier!) to be your Election Day. The USPS recommends a full 14 day turnaround time to ensure your ballot makes it to your polling location in time and is counted on or before actual Election Day.

DID YOU KNOW?  Voter suppression methods of the Jim Crow era blocked people of color from equal voting rights until 1965. Yep, you read that right: it’s been less than 60 years since all people, regardless of race or gender, have been allowed to vote legally. We honor the changemakers who have pushed our nation forward in the fight for equal voting rights over the last half century for ALL folx — and recognize the work that has yet to be done.

• Make sure your friends and family have the same access to voting resources as you – check in to make sure they’ve registered to vote and have a plan of action for November. (Read as: share this guide with them).

• Encourage friends and family to vote: take the pledge here.

PLEDGE TO SPREAD THE WORD

DID YOU KNOW?  Studies have shown that the social technique of telling five other people about your pledge to vote (known as “vote tripling”) increases accountability and turnout.

DID YOU KNOW? More than half U.S poll workers were older than 60, including roughly a quarter who were over 70. Young volunteers are needed to help staff polling places in every state. Find out more here.

• Support the USPS by buying stamps!

DID YOU KNOW? If you have enough stamps already, you can still support the USPS on their online store by purchasing postcards, totes, dog costumes (yup, you read that right!), and other merchandise that helps keep the USPS in motion.

What you need to do as a company to be vote ready:

Use your business as a force for good. In order to ensure that we’re on the right side of history this November, consider encouraging your customers, followers, fanbase, and others within your network to get out and vote. We’ve outlined some baseline action items for companies to use to ensure the voices of all communities are heard.

• Aim to have 100% voter registration within your company

• Publicize your company’s commitment to voting
**Note: you don’t have to share your political views – encouraging everyone to vote no matter what is the point here!

• Point customers to this website to ensure that their voting registration is up-to-date
**Bonus points for sending newsletters to your customers in swing states encouraging them to flip the vote switch.

• Give your company the day off
**Consider Election Day a holiday for election related volunteer activities.

What we all must remember is that everything is changing by the day, hour, and even by the minute. To ensure you’re following the most up-to-date instructions and voter policies, look to your local election officials, politically-minded friends, or ask your representatives. 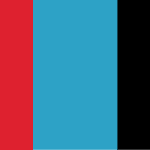 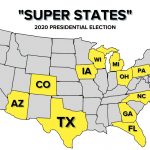 Voting Isn’t Enough: Triple Your Impact With These Easy StepsUncategorized