A #ThrowbackThursday from an old feature in the Santa Barbara Independent!

Almost eight years ago, when longtime environmentalist David Fortson decided to flex his entrepreneurial muscles by starting an “eco-lifestyle collective,” his friends, family, and colleagues had no idea what he was doing. And neither did he.

“I’d come to believe that the future of changing the world long-term hinged on business, which had the opportunity — by moving capital, products, and services — to change the direction of environmental and social issues,” explained Fortson, who worked a decade of professional progressive jobs, from the Isla Vista Recreation & Park District to SB-CAN before a stint at Sonos, where he learned the for-profit mind-set. “Quite frankly, I didn’t know how I was gonna do it,” he admitted. “But here we are years later with a roof over our heads and a talented staff.”

That roof is on East Haley Street, in the former Muddy Waters coffeehouse space, and that staff — including Fortson’s best-friend-turned-business partner Eric Cardenas — makes up their companies LoaTree and LoaCom. The former is what’s become of that initial collective notion: a consumer-facing, event-throwing entity, responsible for producing Earth Day at Alameda Park since 2010 (his first client), the Green Drinks happy-hour networking series, and, this Sunday, the first ever LoaFest, featuring live music, food, beer, and good vibes.

Their revenue-generating vehicle, meanwhile, is LoaCom, which functions as a business-to-business marketing and communications firm that helps companies, nonprofits, and government agencies tighten their focus on sustainability, both internally and externally. Successes so far include the Santa Barbara Bowl’s reusable-cup campaign (which is about to expand to other venues), the creation and management of nprnsb.org (website for the Nonprofit Resource Network), and projects for the McCune Foundation, 1% for the Planet, the UC Natural Reserve System, county departments, and ocean power firms. “We want to focus on those companies, organizations, and agencies that are specifically trying to make a difference,” said Fortson, who now has clients in Los Angeles, the Bay Area, and beyond. “The market for that, thankfully, is growing.”

After years based out of both Cardenas’s kitchen and then Workzones in Paseo Nuevo, the Loa team grew to five people and needed more space. Then Ed France of the S.B. Bicycle Coalition literally rode by Cardenas on State Street, and they made plans for lunch. In 2014, the coalition had purchased the L-shaped property that curves from 508 East Haley to 434 Olive streets. But Muddy Waters was leaving, so France needed a new tenant. With synergy in the air, a deal was struck earlier this year, and the Loa crew moved in about two months ago.

“We couldn’t have planned that, but it’s how things operate in our reality a lot of the time,” said Cardenas, reminding that Loa stands for Law of Attraction. “You put out good energy and do good work, and it comes back to you.”

This article originally appears in the Santa Barbara Independent. 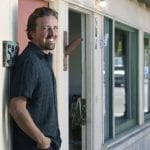