On October 11, 2021, President Joe Biden issued a presidental proclamation recognizing Indigenous People’s Day as a federal holiday, after years of campaign organizing by Indigenous Nation communities. It is a day to honor the original inhabitants of North America, and acknowledge the invaluable wisdom of their communities – past, present, and future.

Recognized every second Monday of October, (a rightful and just replacement for Columbus Day), Indigenous People’s Day seeks to repair the erasure of Native peoples and “harmful narratives of Columbus’ legacy that credited him with his ‘discovery’ of the Americas when Indigenous people were there first” (NPR). It is a day to reject these false histories tied to colonial dispossession and upheld by monuments to white supremacy.

As noted by lllumiNative, a Native woman-led racial and social justice organization:

“We must advocate for Native representation in media, education and all levels of government, center Native voices and prioritize learning about Native communities and history. […] Ultimately, by centering Indigenous perspectives, acknowledging the legacy of colonialism, and honoring the histories, cultures, contributions, and resilience of contemporary Native Peoples, the observation of Indigenous Peoples’ Day has the power to shift perceptions of Native communities and people.”

Think of today as a learning opportunity – to learn about the unceded territories of Indigenous lands in which you reside, to celebrate the historical and contemporary contributions of Indigenous peoples to society, and most importantly, to responsibly advocate for Indigenous futures.

WHAT YOU CAN DO

Before you rush to send a newsletter or publish a post on your site, consider your or your company’s position. Did you know you were on Native land before today? Do you hold a relationship with Native people in your area? How have you shown up in the past? Every decision you make should be made with intention, respect, and a responsibility to hold yourself accountable to your core values.

As Nativegov puts it so wonderfully, “if you’re contemplating writing a statement, we encourage you to commit the bulk of your writing time to outline the concrete ways that you plan to support Indigenous communities into the future.”

“It is important to understand the longstanding history that has brought you to reside on the land, and to seek to understand your place within that history. Land acknowledgements do not exist in a past tense, or historical context: colonialism is a current ongoing process, and we need to build our mindfulness of our present participation.”

Land acknowledgements, or territory acknowledgements, are used increasingly across the globe to pay tribute to the sacred histories of land and the people it was taken from. They are used as an expression of gratitude and appreciation to those whose territory you reside, and a way of honoring the Indigenous people who are the victims of ethnic cleansing throughout United States history.

You can make space for land acknowledgements at in-person events, during intros to ZOOM meetings, or on company websites, but make sure the message is coming directly from you or your company – do not exploit and tokenize an Indigenous person to do this on your behalf. Make sure you’re also using appropriate language that doesn’t gloss over the historic and contemporary forced removal of Indigenous people from their Native lands. 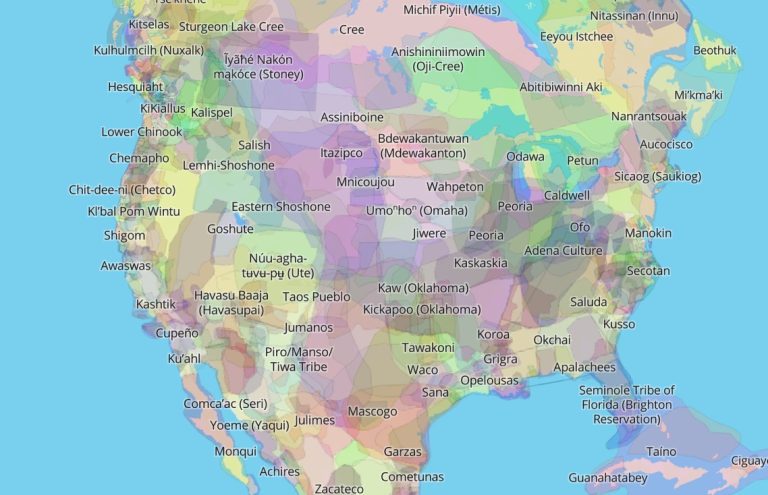 You can use this interactive map to learn the Native territories, languages, and lands of your home pre-colonization.
WHOSE LAND DO I OCCUPY?

“Moving beyond land acknowledgements means asking difficult questions; how can you be in a balanced relationship with American Indian nations and citizens with the ecology around you? [...] Allies must continually engage in self-reflection and should consistently work at being an ally (through learning, acting in a de-colonial manner, and sustaining relationships with American Indian nations and peoples, etc).”

Words and phrases used in daily conversation across the United States have dark origins. Think twice before using words like ‘powwow’, ‘spirit animal’, ‘bury the hatchet’, and many more.

We all live in very different realities. Our relationship with the world around us is carved from the historical clay we’ve been given, and shapes not only our worldview but what we have access to, who we hold relationships with, and how we behave. Your best intentions without research or understanding can do more harm than good.

“The conservation movement has been as damaging to Indigenous peoples as extractive industries. [....] Almost every environmental achievement in the U.S.—such as the Clean Air or Clean Water acts—has required Indigenous peoples to work hard to reform these laws to gain fair access to the protections.”

One of the potential missteps for allies is centering Indigenous ways of thinking without first confronting engrained, colonialistic ideals. The harmful effects of colonialism are still very much alive today, and are largely responsible for economic disparitiess, environmental degredation, human rights issues, and more. Without proper research and without inviting the right people to the table, we risk doing damage to the most vulnerable communities.

Solutions to climate and social injustices are not one-size-fits-all. Below is a list of recommended action steps you and your colleagues can take to support Indigenous communities, but specific actions will vary from place to place.

We encourage your to take a look at recent favorite resource of LOA’s, IllumiNative’s  “An Advocate’s Guide to Supporting Indigenous People’s Day” – in it, you will find case studies, key questions and answers, messages, a comprehensive how-to-guide on advocating to your representative and building a coalition, and more.

Lastly, it is crucial that we share stories of Indigenous joy and success. Most recently…

…and so many more. To learn more about Indigenous History in the United States, talk to your local community members and visit the links shared throughout this blog. 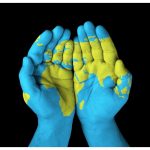 Catch Phrase: What is a Better World?Blog